The Sistine Chapel’s 5Ws: What, Where, When, Who and Why 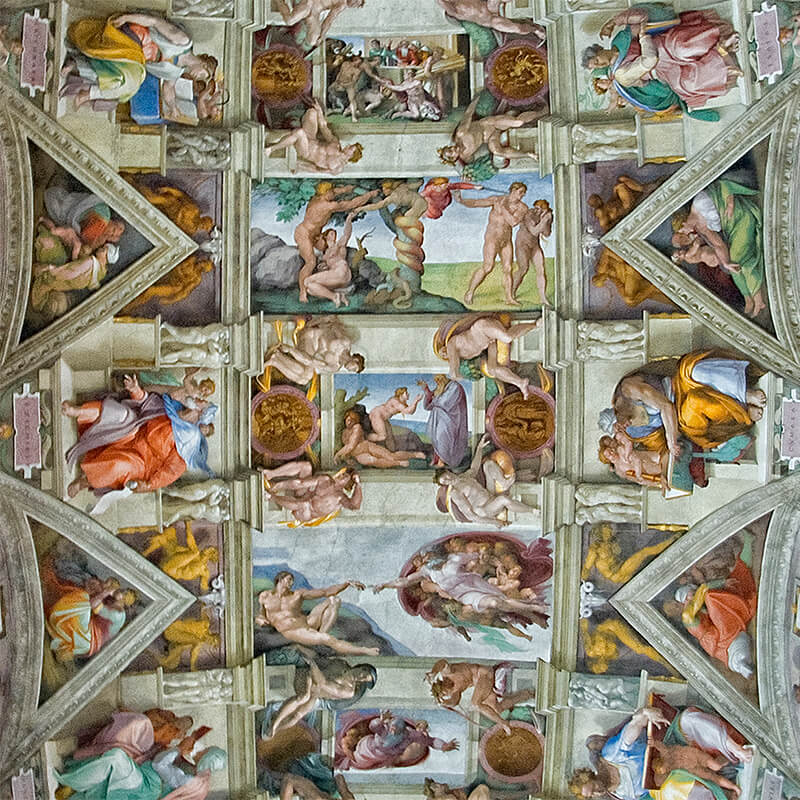 In the movie “Mona Lisa Smile”, Julia Roberts is an art professor that struggles to survive in a very conservative school for young girls and tries to open their eyes and their minds to new forms of art, maybe less traditional but definitely emotional and expressive. Her efforts are not enough to convince the principal, Dr. Staunton, that Jackson Pollock deserves more consideration and respect. What she gets in return is a not very surprising question, that all the lovers of contemporary art are familiar with:

“So these canvases that they’re turning out these days… with paint dripped and splotched on them…They’re as worthy of our attention as Michelangelo’s Sistine Chapel? Have you ever seen the Sistine Chapel, Miss Watson?”.

Another movie, another reference to the most famous chapel in the world. In Good Will Hunting Robin Williams is a therapist, Sean McGuire, that takes care of an unrecognized genius that needs help to face his ghosts and leave his traumatic past behind. He tries to use his genius to keep people distant, but Sean knows that this is just a strategy to protect himself from the outside world.

“Michelangelo? You know a lot about him. Life’s work, political aspirations. Him and the pope. Sexual orientation. The whole works, right? I bet you can’t tell me what it smells like in the Sistine Chapel“.

So apparently a visit to the Sistine Chapel is an experience that no one can miss and something that marks a before and after in everyone’s life. Goethe once said: “Without having seen the Sistine Chapel one can form no appreciable idea of what one man is capable of achieving“.

We have been visiting the Sistine Chapel almost everyday for the last twenty years and it is so beautiful that it is absolutely impossible to feel bored of it or to take it for granted. Beautiful, right. But also incredibly overwhelming. People step through the door and look at the frescoed ceiling, the walls, the floor and after a few minutes they start feeling dizzy. Their eyes, their minds, their hearts don’t know where to stop: too much going on at the same time. We understand this feeling because we’ve been there and this is the reason why we decided to write down a few notes about the Sistine Chapel, that will help you in visiting it without been carried away by its intimidating charm. 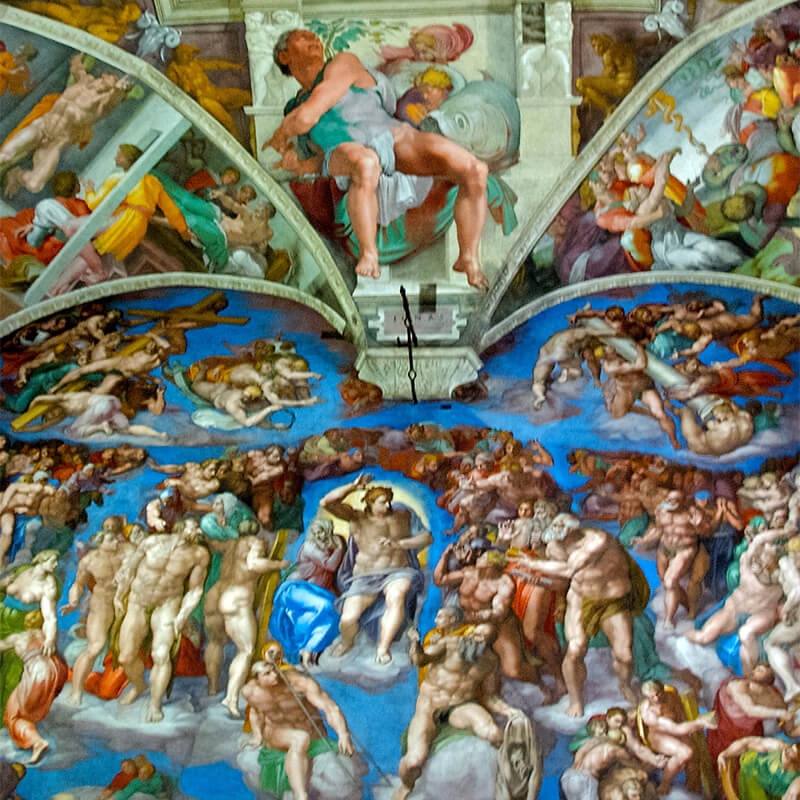 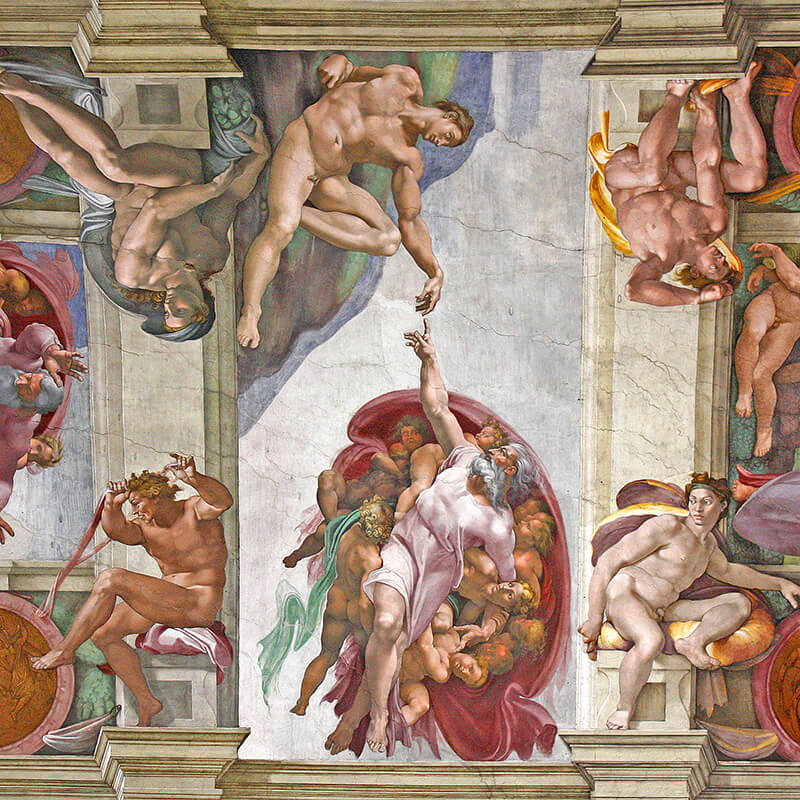 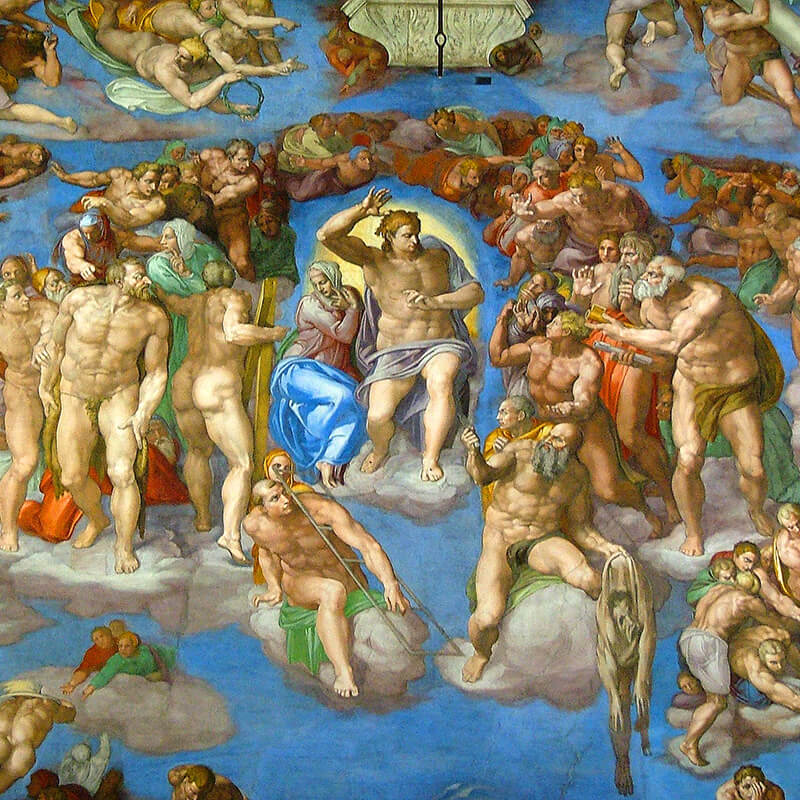 1) WHAT: the Sistine Chapel is a religious space, a consecrated chapel. Here the great liturgies are celebrated; here the cardinals gather in conclave (which is a fancy name to designate the election of a new pope), here millions of people gather to admire its painted walls and its famous frescoed ceiling.

3) WHEN: this is complicated so let’s try, just for now, to make a long story short. A document dating back to 1368 already mentions a papal chapel in the Vatican Palace. When the pope Sistus IV is elected, in 1471, he wants to restore it (and when we say “restore” we mean that the previous chapel was almost completely raised to the ground to be rebuilt on the same foundation), and this is the reason why the papal chapel took the name from him. In fact, “Sistine” comes from Sixtus. In english this derivation doesn’t sound so clear but in latin it makes more sense, trust us!

After the reconstruction of the Sistine Chapel, a splendid decoration was commissioned and carried out in 1480s by some great Italian artists (among them Botticelli, the splendid florentine painter that gave us very iconic artworks, such as The Birth of Venus in the Uffizi Gallery). The Sistine Chapel ceiling was completely different back then and it was necessary to think about a new decoration for it when cracks started to appear throughout it.

The rest is history: a very reluctant Michelangelo was “gently forced” to paint a new decoration for the Sistine Chapel ceiling and, a few decades later, he also took care of the rear wall of the chapel, by painting the terrific Last Judgment.

If you cannot wait and want to know it all now about the Sistine Chapel, Saint Peter’s Basilique, Vatican City with the Vatican Museums and the Vatican Gardens, then just get in touch with us to make a reservation for one of our Vatican tours. Don’t forget to check out also all the tours we offer in and around Rome, or just get in touch to design your own tour in Rome. 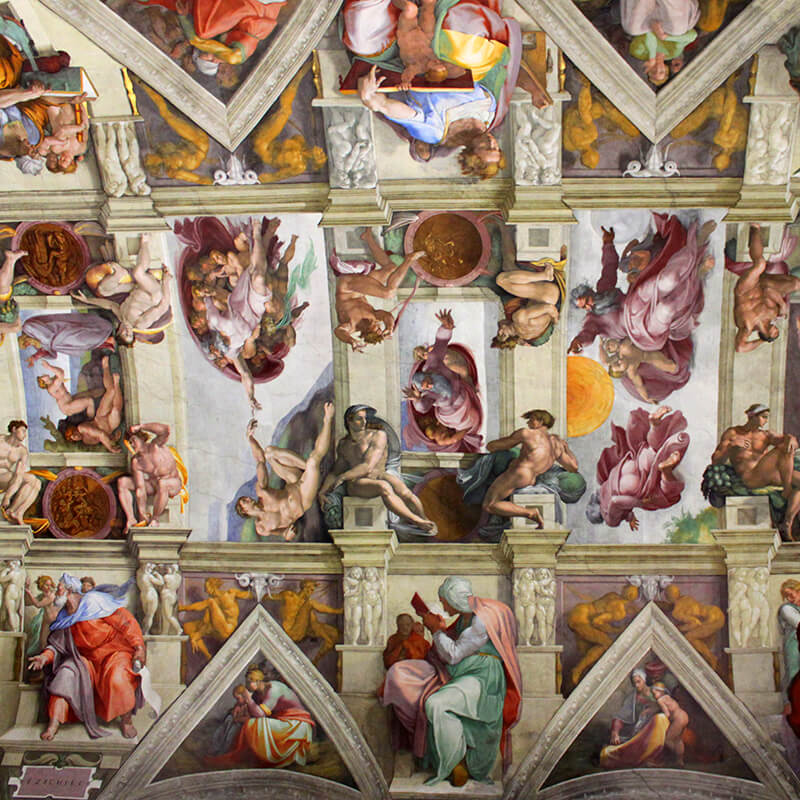 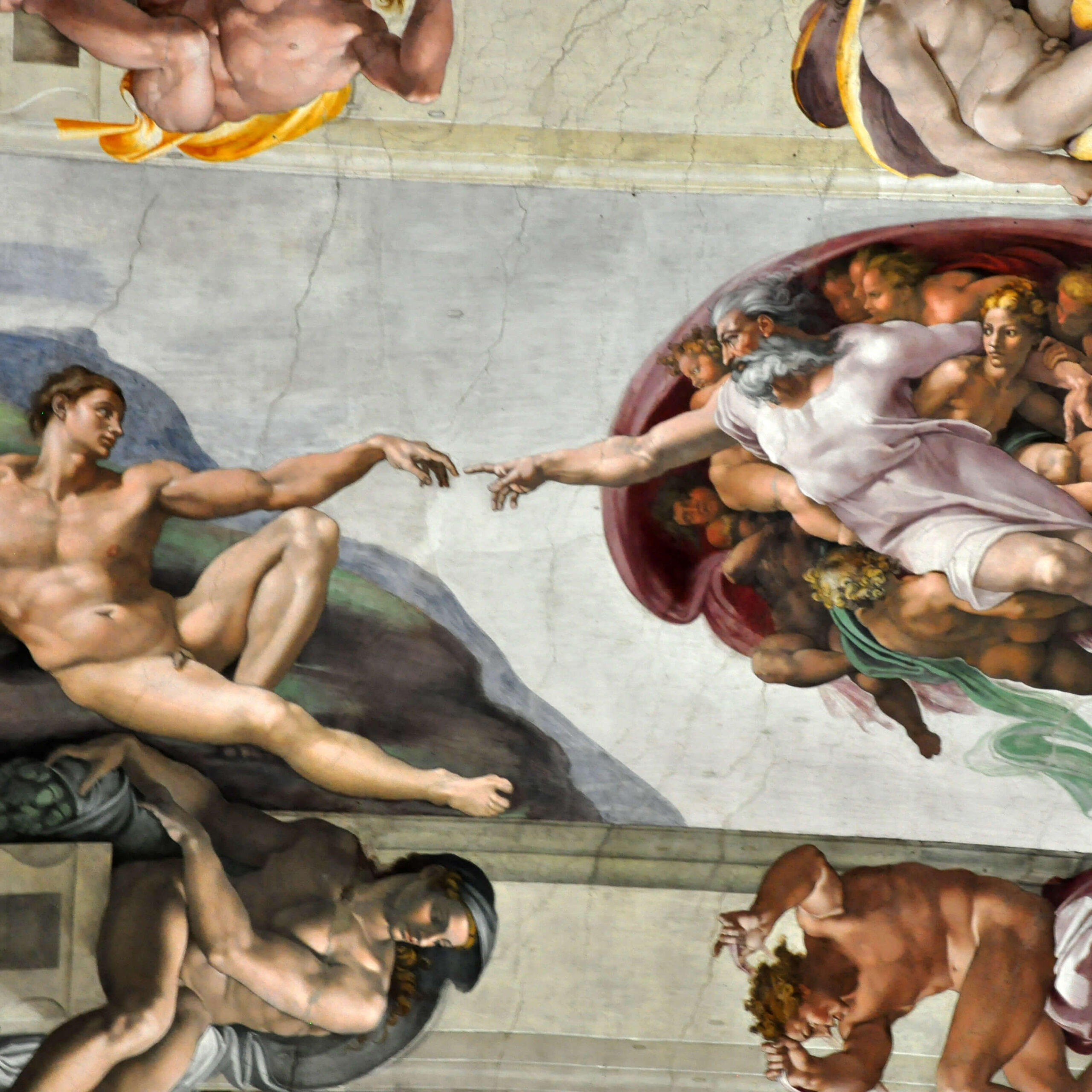 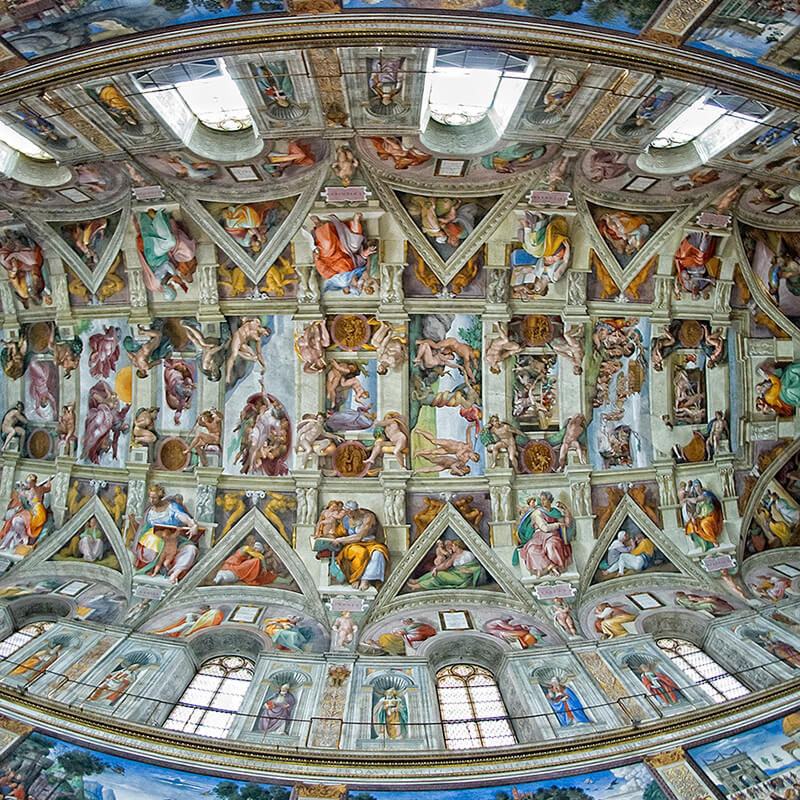