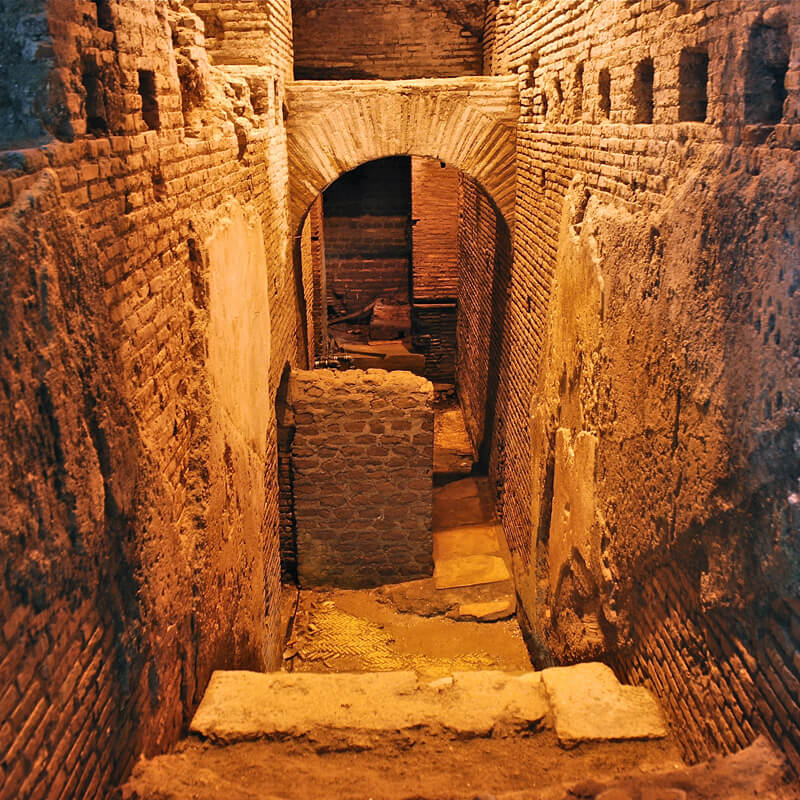 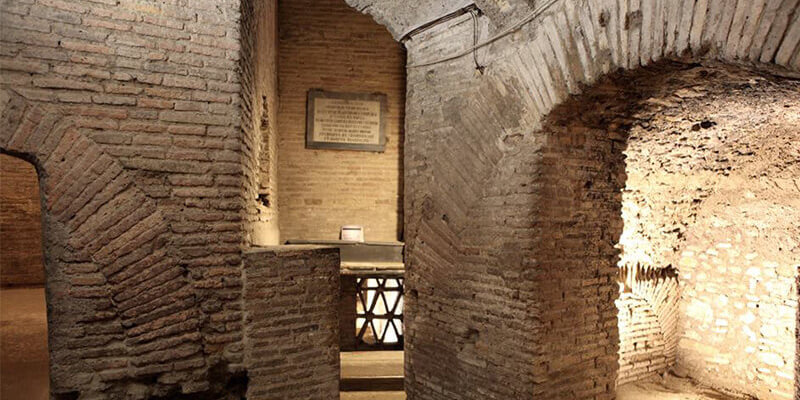 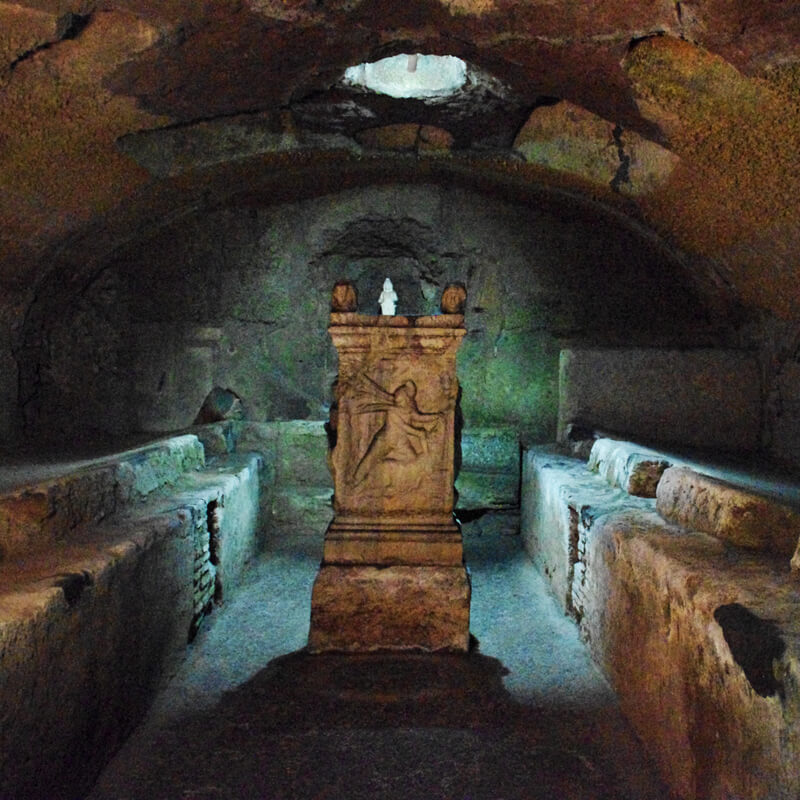 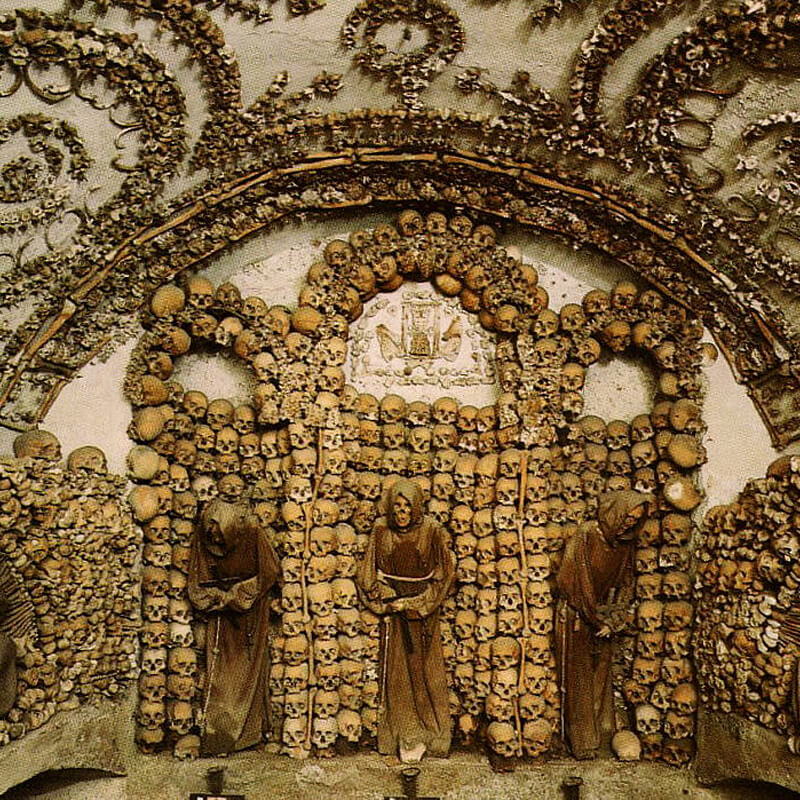 If you are a lover of history and the stratifications that it leaves over the centuries, you cannot miss the tour of underground archaeological Rome. You can follow me on a short 3-hour tour to discover the oldest vestiges hidden in underground Rome, starting with the Basilica of San Clemente al Laterano, which contains 3 levels inside. We will start from the current church, then move on to the oldest one built on the remains of a building of a Roman patrician and finally find ancient buildings of the imperial era including the remains of an Insula, a Mithraeum and many other surprises, all this under the soil of the Rome today.

The tour will continue towards the Roman Houses of Celio, where I will show you the various layers of time and the reuse of ancient buildings. We will discover an insula composed of a graceful elegant apartment and an adjoining private spa, but also tabernas of artisans who will then be transformed into refined patrician residences and places of worship adapting to the new functions and according to the changing needs of the population.

If you want, you can extend your tour to 6 hours and you can choose which address to give to your itinerary, giving a more religious edge by choosing the Catacombs of Priscilla, excavated between the 2nd and 5th centuries AD, or the Tombs of via Latina, a funerary complex dating back to the 2nd century AD, and composed of mausoleums and hypogea that develop along the ancient via Latina, on which the original paving is still visible. Or you can focus on civil architecture by discovering the remains of the Stadium of Domitian built between 85-86 AD, where the athletics competitions took place.

If you want to customize your tour according to your interests, tell me your desired itinerary, and I will be happy to accomodate your needs.