The Mausoleum of Cecilia Metella on the Appia Antica 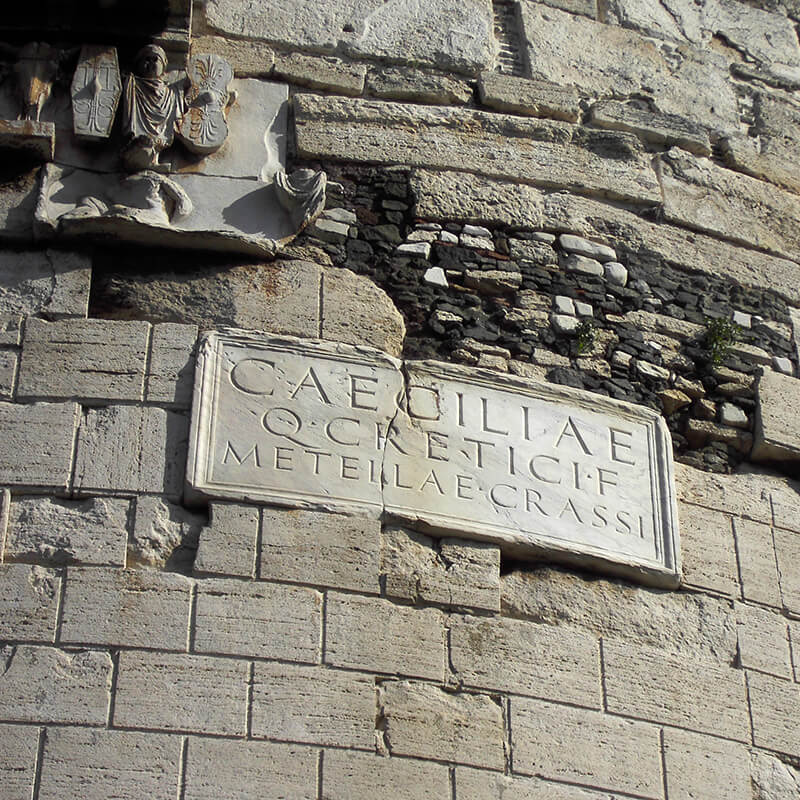 The Appian Way is a very long road, with hundreds of monuments that can be found along this ancient consular road, but it is impossible not to dedicate a separate article to the Mausoleum of Cecilia Metella. The Mausoleum is located just before the thitd mile of the Via Appia Antica, immediately after a well-known complex, the villa of the emperor Maxentius, consisting of the circus and the sepulcher of the emperor’s son, Valerio Romolo.

The Mausoleum of Cecilia Metella rises like a huge tomb that over the centuries has aroused the interest of artists, architects and historians. Not much is knows about the deceased, besides of only what is reported in an inscription on the structure remains: daughter of Quintus Cecilius Metello Cretico, prominent figure and consul in 69 BC, her husband was Marcus Licinius Crassus, son of Crasso who had stifled the slave revolt led by Spartacus and who, in 60 BC, had constituted the first triumvirate with Caesar and Pompey.

The construction of the mausoleum of Cecilia Metella can be dated to the middle of the 1st century BC. The structure of the mausoleum is composed of a circular building that houses a burial chamber of about thirty meters high, which presumably ended with a small dome no longer existing but still witnessed, both by a ring of travertine blocks, and by an indication monumentum peczutum – that is, “pointed” monument – which is how the mausoleum was described in the 11th century. We do not know if the mausoleum was originally crowned by a dome or if it housed a covering of earth and plants, as witnessed in other burials, nor what became of the rich funerary equipment that was to accompany the sarcophagus.

The mausoleum is also covered with marble with bucrania decorations from which it is also possible to see several war scenes that accompany the epigraph. From these details it is possible to deduce that perhaps this monument was more aimed at celebrating the importance of the family and conveying a political message than to remember the name of the deceased.

Another interesting thing to note is the choice of the source of inspiration for this type of circular funeral monument. In fact, it is possible to create parallels with Hellenistic mausoleums and with the Etruscan tholos, the tumulus tombs that can be found at Cerveteri and other Etruscan necropolises. All this can be explained in a climate of antiquarian restoration that existed in Rome in the late 1st century BC, so much so that there are several examples of similar architecture beyond the borders of Rome throughout the Julio-Claudian period, in short, one of the many “fashions” which will periodically influence the city of Rome.

In the Middle Ages the structure of the Mausoleum of Cecilia Metella was stripped of most of its decorations, so much so that part of the travertine of this mausoleum will be used by Ippolito II d’Este for the decoration of Villa d’Este in Tivoli. Perhaps, precisely from the decoration characterized by friezes of floral festoons alternating with bucranos, the toponym of Capo di Bove was born, which identified the locality and the land in the possession of the church as early as the Middle Ages.

The fortification of the mauseleum, still visible today in the upper part of the building, took place at the end of the 13th century by the Caetani family, the powerful family of Pope Boniface VIII, and then passed from hand to hand to various Roman families; from the Savelli to the Orsini, the Colonna and up to the Torlonia, the latter famous because they are connected to another much more modern but no less fascinating monument, Villa Torlonia and the Casina delle Civette, but this is another story.

Interested in discovering the Appia Antica, the Mausoleum of Cecilia Metella and all the stories and anecdotes of ancient Rome? Follow me on my Appia Antica tour or just contact me directly for start planning your tour. Follow also our stories on Facebook for more curious anecdotes on people, places and history of the Eternal City. 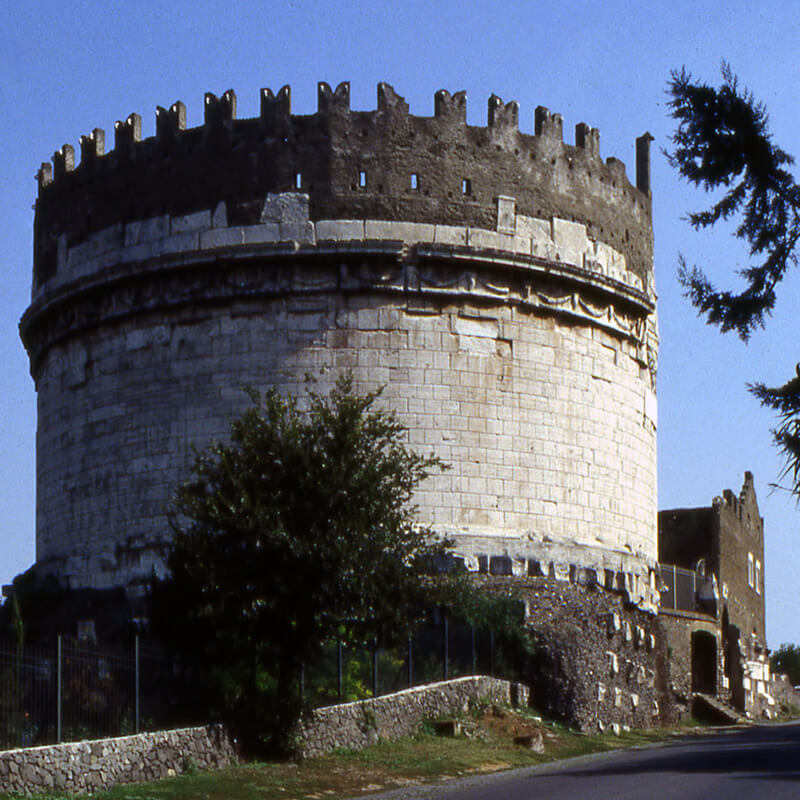 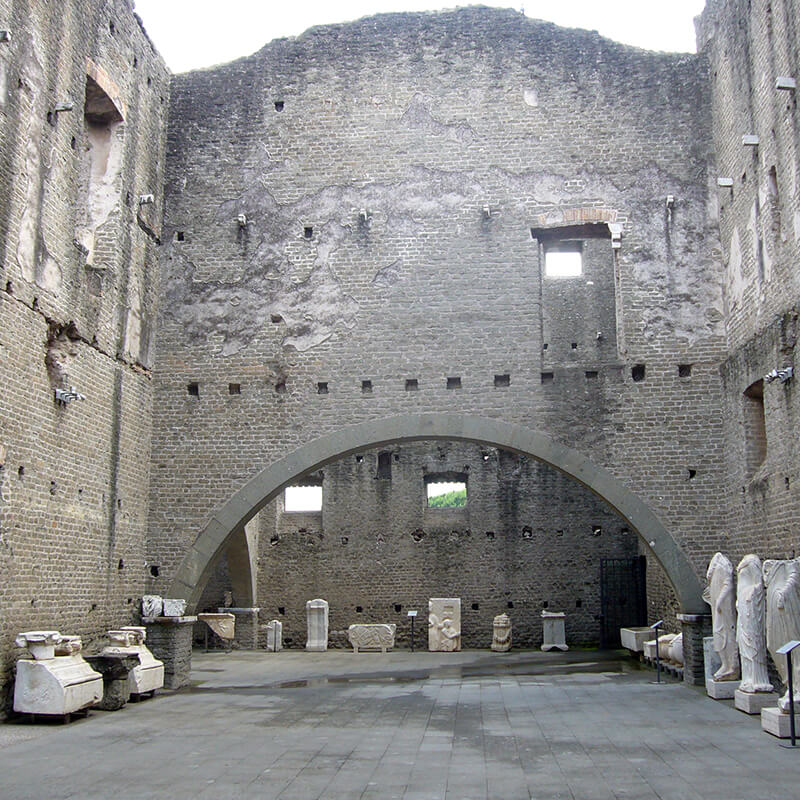 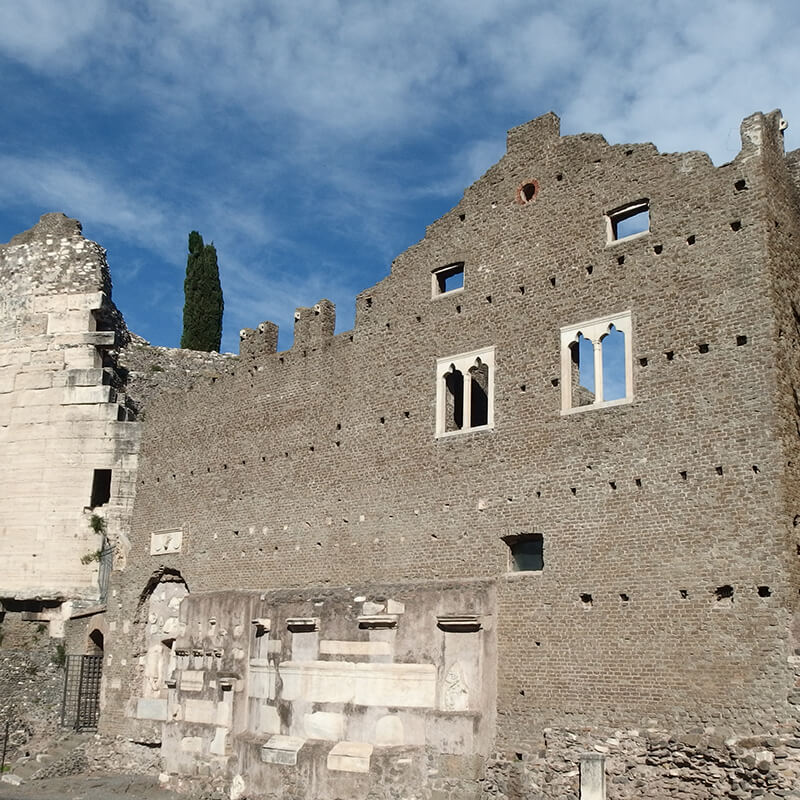